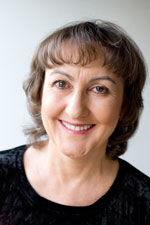 Samantha has a University of Liverpool BA General (Drama and English) and subsequently trained as an actor on the Postgraduate Acting Course at the London Academy of Performing Arts. She also has the Royal National Theatre’s Advanced Certificate in Directing Text for Young People (Central School of Speech and Drama).

She has extensive experience working with children in the community running a variety of drama activities in schools, nurseries and directing full scale productions with after school drama clubs. She is the Artistic Director of Little Actors Theatre Company, the South West Youth Theatre and InterACT Youth Theatre where she has directed and/or produced many productions for the National Theatre’s Connections Programme. As a youth theatre director/producer Samantha has collaborated with the National Theatre for seventeen years.

Venues she has directed and/or produced plays at include The Young Vic, The Albany Deptford, The Lyric, Hammersmith, The Rose Theatre, Kingston, Tara Arts, Theatr Clwyd, The Lowry, Greenwich Theatre and Hampstead Theatre.

TV: THE HOUSE OF ELIOTT (BBC), THE HEALER (BBC). Samantha is also a member of the campaigning group Action for Children’s Arts.