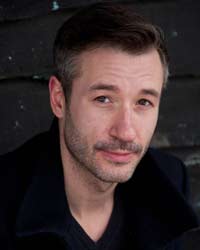 Since graduating from (ALRA) Jamie has worked with the Kinetic Theatre Company on their science based production ‘The Bunsen Towers Mystery’, which toured primary schools. He also had the lead role in ‘Memos’, a short film for UAL in London. He has appeared in The Charles Vance Rep Season, where he performed roles in ‘The Caretaker’ (Mick), ‘Five Finger Exercise’ (Walter), ‘Abigail’s Party’ (Tony), ‘How The Other Half Loves’ (Bob Phillips) and ‘Edge of Darkness’ (Hardy). In 2008 he was part of ‘The Mousetrap’ Company in Londons’ West End, where he understudied the two male lead roles of Det. Sgt. Trotter and Giles Ralston. He was very pleased to be able to perform both of these roles several times during his time with the company. He then appeared in ‘Cinderella’ at the Shaw Theatre in London, with Britt Ekland and Dominic Littlewood. He is very happy to become part of the Little Actors Theatre Company after covering some lessons in 2008, and is looking forward to working with the children and seeing what fun and inventive things can be achieved.